Taking place in Manchester, throughout the week of June 11-14th, the IPC Academy, a joint venture between the IPC and the World Academy of Sport, ran a unique and innovative games simulation programme, a continuation of the Sochi 2014 Excellence Programme. The programmes’ purpose was to provide Paralympic specific activities which impose real life games-time situations that need to be responded to by the organising committee. This activity was the first time the IPC Academy ran such a programme in order to further enhance the transfer of knowledge for the Paralympic Games through hands-on skill development of senior management.

Using the main operations centre of Manchester City Council’s impressive Town Hall, as well as Manchester United’s training ground as venues; the programme featured a range of activities including presentations from industry experts, team building exercises and realistic situations which the Sochi 2014 Main Operations Centre (MOC) team had to react to from within an actual operating MOC. 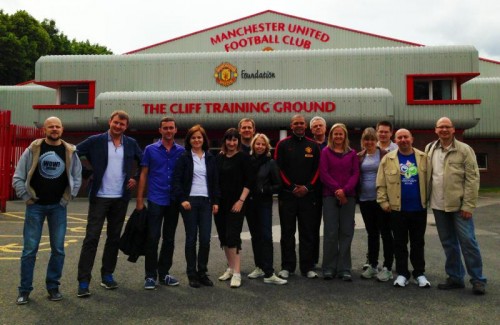 The simulation asserted more than just information. Using WAoS’ educational methodologies, the programme allowed participants to not only to acquire in-depth knowledge on the subject, but also apply this knowledge in real life situations. Most importantly a group and individual assessment process was undertaken to identify strengths and weaknesses in their skills as MOC managers in order to develop action plans and ultimately become a cohesive team by Games time delivery.

Of the programme, Chris Solly, director at WAoS stated: “It’s a great opportunity for attendees to not only learn in-situ, but to also put into practice many of the things that we have presented and discussed throughout different workshops of the Sochi 2014 Excellence Programme over the past three years. Our methodology is to look at how information is applied in the real world. There’s a big difference between looking at a book and putting that into practice in the field.

“I thought London did a great job of hosting the Games and we use many people from past organizing committees as experts,” he adds. “Those people provide invaluable knowledge and we create a platform for that expertise to be delivered. Different organizing committees may have different cultural perspectives but they all work to the same output; to deliver the Paralympic Games to exacting standards. We have to work in line with their master schedule, to give them the knowledge they need, when they need it and how they need it.”

A Games wide readiness simulation will be delivered by the IPC Academy in Sochi later in the year once operations are established on the ground to further test Sochi 2014 and its delivery partners before the kick-off of the Paralympic Games in March 2014.

The Reporters’ Academy, a media production run by young people and based in Manchester, filmed and documented the week’s events and will produce a video which will assist the IPC Academy’s knowledge transfer process in the future.