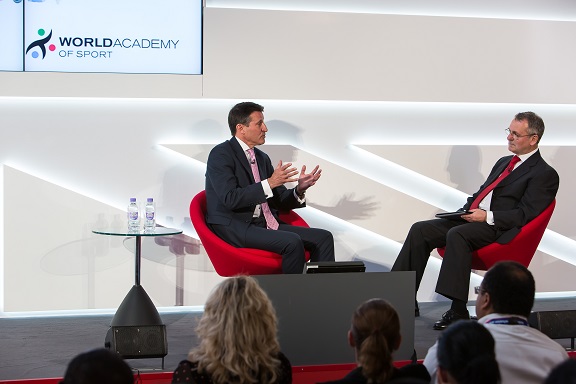 The World Academy of Sport (WAoS) has announced the appointment of Steve Griffiths as its new Director of International Federations Programmes.

Steve will join WAoS in January 2016 following his retirement from World Rugby, where he has played a major role in the strategic development of the international federation and the sport of rugby during 18 years of service, particularly in his role as Head of Organisational Development in recent years.

WAoS Director Chris Solly said: "WAoS is first and foremost about supporting all of our partners to create unique world leading educational solutions and Steve's appointment is another key element of the organisation's development"

"At World Rugby, Steve and his team have been fundamental in supporting the development of globally empowered workforces for their sport and a great partner of WAoS for many years as we all share a common passion for learning."

The appointment comes with the full support of World Rugby and the role will also support the growing WAoS train the trainer programmes operating across the globe, with Griffiths already one of the WAoS Master Trainers.

World Rugby Chief Executive Brett Gosper added: “Steve has given great service to our sport and World Rugby over many years, and we are delighted that he has joined one of our partners in education. World Rugby and WAoS have collaborated to develop many unique programmes that have benefited our member unions and several other international federations who make up the global sporting family. I am sure that Steve’s passion, professionalism and skills will continue to benefit a broad range of sports in his new role. World Rugby family would like to wish him all the best.”